by Theo Russell, from Global Reasearch

According to figures obtained from the Donetsk People’s Republic (DPR) authorities, since the February 2015 Minsk II agreement over 3,600 civilians have died in the republic due to shelling, sniper and other attacks by the Armed Forces of Ukraine. 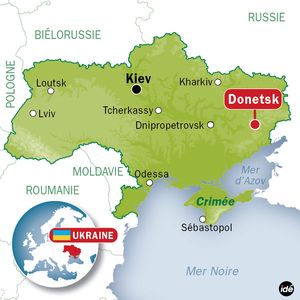 The DPR, along with the Luhansk People’s Republic (LPR), broke away from Ukraine in May 2014 following ‘status referendums’, and on 24 May the two separatist republics signed an agreement creating a confederation, Novorossiya, but the region is more widely known as the Donbass.

After the February 2014 coup in Kiev, an ‘Anti-Maidan’ movement rapidly grew in the largely Russian-speaking Donbass, Odessa and Crimea regions, which sought to prevent the far-right groups which hijacked in the ‘Euromaidan’ protests entering their towns and cities.

Their fears were confirmed by the Odessa Trade Union House fire on 2 May 2014, in which at least 50 Anti-Maidan…